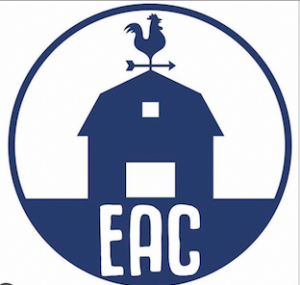 Come to Vernon Social this Wednesday, March 22, for a comedy event hosted by EAC Barnyard! The event will begin with the College’s improvisational comedy group, the Moveable Joints, at 7:30, followed by comedian Jeffrey Jay at 8:00. There will be free food and the Vernon bar will be open for students over the age of 21.
According to EAC Barnyard, Jeffrey Jay is a standup comedian and writes for the Feast of Fun podcast. In addition to comedy, Jay also speaks at a variety of high schools and colleges about his own story of being transgender to educate others on issues in the LGBTQ community. He has received a lot of publicity in the past few years after being featured in The Advocate as one of, “The 5 Hottest Transgender Comedians.” In addition, Jay was a finalist in “The 2013 Funniest Comic in Texas” competition.
EAC Barnyard member Brooke LePage ’19 says, “The comedy show on Wednesday will be a really great study break for students during midterms. We’re expecting a big turnout Wednesday night so make sure to get there to grab a good table!”
The event is also sponsored by the Women & Gender Resource Action Center (WAGRAC), Encouraging Respect of Sexualities (EROS), Queer Resource Center (QRC) and the office of Admissions. This is just one of the many events we can expect EAC Barnyard to put on for the Trinity community this semester at Vernon Social and across campus.