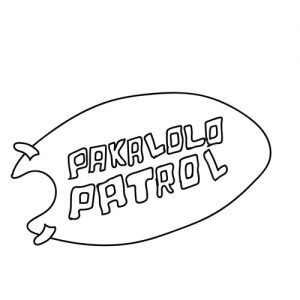 Trinity’s own Pakalolo Patrol has unofficially released their first eight track self-titled album, Pakalolo Patrol. Get ready for a mix of easy going surf rock and distorted raucous, a pair of sounds that marry each other smoothly on this album. The band strikes a difficult balance between a host of mosh-inducing tracks and others that are summer ready, relaxed, and entirely sweet, sometimes all within a singular song.
The group consists of three members, Susan Warner ’19 on vocals and guitar, James Rodiger ’19 on bass, and Jason McLeod ’19 on drums. According to McLeod and Warner, Pakalolo Patrol’s influencers are vast but fitting to their elastic and creative sound. Their influences range from 90s rockers Pixies and Weezer to Siouxsie and the Banshees and The Cure. All of these groups have distin
ctive sounds yet make their way into the band’s first recorded album in a myriad of ways.
Warner’s vocals can bring warmth and contrastingly rigidness when appropriate, adapting their singing style to each of the tracks with ease. They have an ability to mirror the sheer loudness and intensity of the surrounding instruments on the more energetic tracks such as “On Patrol” and “Creature From the Black Lagoon,” without overpowering the other musicians.
The third track, “DROWN!”, epitomizes surf-rock and remains a favorite after multiple listens. The playful and sometimes comical lyrics are paired with a smooth groove of drumming and waves of distorted guitar. On this track and throughout the album, McLeod’s drumming remains crisp when needed, and can mirror a jazz-swing style at other times. The latter is a style he mentions he’s heavily influenced by, which has successfully permeated throughout the release.
Another breezy track, “Surf Lord,” emphasizes a harmonic relationship between guitar, vocals, and bass courtesy of Warner and Rodiger. The layering of vocals in a canon-style is velvety and adds warmth to the distorted and fuzzy guitar.
The energetic vibe between each other band members is present, loud, and so fantastic that listeners of the album will feel the vivid intensity of a live show.
With the hopes of creating more music together, McLeod says “as long as we stay together, we’ll keep making music,” an exciting possibility after a very successful and promising first album.
Though the album is not yet officially available to the public, make sure to check the band’s Soundcloud and Bandcamp pages in the next following weeks (links will be posted on the online edition of this article) for a formal release.