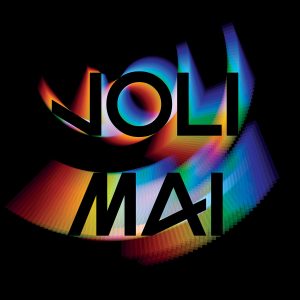 A&E EDITOR
Looking back at the concert videos and pictures I took at Caribou’s Pitchfork 2015 performance in Chicago, I became increasingly excited to hear the album that Dan Snaith’s other musical project, Daphni, recently released on Oct. 6. Because of his broad range of sample, instrument and genre use, Snaith has the ability to bring a cross-generational crowd to his shows, which is what makes the concerts and his music so enjoyable.
Joli Mai is Daphni’s newest album in six years, which is why anticipation in his fan base has been mounting. The previous release was an album called Jiaolong, though a slew of singles have been dropped periodically since (some of which are included on this album). The DJ also dropped a Fabriclive album in July of this year, which included condensed versions of the tracks from Joli Mai.
What listeners of this album should keep in mind is that Snaith, the Canadian composer, is a literal genius in every sense of the word. The man even has a doctorate in mathematics: his thesis title being, “Overconvergent Siegel Modular Symbols.” His academic respectability carries through into his ability to compose a plethora of genres under his three stage names, Manitoba, Caribou, and the newest, Daphni.
“Poly,” the short and sweet intro song, hypes you up for the rest of the album, in which the gradual build that unfortunately never quite reaches its potential peak, carries the listener along. This then leads into “Face to Face,” which is abrupt and starts off as a very different song than the previous. It has a rich drum sound, small hints of sampled vocals, and then out of nowhere comes the slappin’ funky bass. This is the most simplistic and pleasantly basic song on this release. While I quite liked it, “Face to Face” lacked the dance elements of the other tracks. In that sense, it stood out but in a way that alienated itself from the rest of the album.
One definite standout track is “Medellin,” for its fast paced mania of crisp drum beats, simple yet fulfilling synth grooves and an enchanting vocal sample. It is undoubtedly one of the more dance-friendly offerings on this album, along with “Tin” and “Carry On” the latter being my favorite on the album.
While both “Tin” and “Carry On” are within the realm of high-tempo electronic tracks, “Tin” is the more club-ready option; it’s faster, and has a steady build-and-drop structure. “Carry On” is a bit slower, but something about the looped bass paired with a soothing vocal sample, “ooo,” entrances the listener. The only thing I want more from this track is a more pronounced bass. Unfortunately it is sometimes drowned out by the backing drums.
Along with much greatness to hear on this album came a few disappointing options. The ending track, “Life’s What You Make It,” sounds more like dream pop than strictly electronic and in my mind, would fit better under Snaith’s other moniker, Caribou.
After a full listen, the apparent lack of cohesion from song to song came through strongly. I wanted more from this album, not just a minority of favorable tracks. Listening back on Snaith’s previous full length release under his Daphni alias, he presents a myriad song list but each song works well with one another which is something this album fails to do. This being said, Joli Mai deserves to be listened to, with an open mind to realize that though some tracks aren’t purely club able, they too hold merit.